Doug Dallmann was in his early thirties when he first noticed blood in his stool.

“But, since it only happened occasionally and didn’t cause any pain, I didn’t give it much thought and never brought it up with my doctor,” he wrote in a personal account of his experience.

A few years later, when the bleeding became more frequent and intense, he decided to get it checked out. He was told that the cause was tiny rips in his intestines, which can’t really be treated.

“I just figured it was my lot in life to live with blood in my stool, and returned to ignoring it,” he wrote.

But then he started feeling sharp pains in his pelvis and knew something was seriously wrong. At his annual physical, it didn’t take long for his doctor to find the tumor. At just 40 years old, he was diagnosed with stage 3 rectal cancer.

Colorectal cancer is a leading cause of cancer death among people under 50 in the United States, with rates of new diagnoses still climbing in this age group.
Credit: National Cancer Institute

Unfortunately, Dallmann's experience reflects a growing trend seen across the country. Since the 1990s, the rate of colorectal cancer (which includes cancers of the colon and rectum) has more than doubled among adults younger than 50. Not only that, but more younger people are dying from the disease.

This rapid increase is especially puzzling because the rate of colorectal cancer has plummeted among older adults—largely due to regular colonoscopies and lower rates of smoking.

“We don’t understand a lot about the causes, the biology, or how to prevent early onset of the disease,” said Phil Daschner, a program director in NCI’s Division of Cancer Biology. “And that’s important to learn more about because it may affect [approaches for] the treatment and survivorship of early-onset colon cancer.”

In September, more than 400 leading scientists from academia, industry, and government, along with patient advocates, gathered online to exchange ideas and information about colorectal cancer in younger adults. The goal of the think tank, organized by NCI and the National Institute of Environmental Health Sciences (NIEHS), was to identify research priorities that address important questions about the disease.

Although the participants discussed several different aspects of early-onset colorectal cancer—including prevention, treatment, and survivorship—identifying risk factors and causes for colorectal cancer in younger adults emerged as the top priority.

Rising Rates around the World

Nearly 18,000 people under the age of 50 will be diagnosed with colorectal cancer this year in the United States, said Rebecca Siegel, M.P.H., of the American Cancer Society. But the disease is still relatively rare, affecting far less than 1% of younger adults.

Some groups have been hit by the rising trend more than others. For instance, although people of all races can develop colorectal cancer at a young age, the spike has mostly been seen among Alaska Natives, American Indians, and Whites.

However, Blacks are still more likely to get colorectal cancer at a young age than Whites, even though the gap is shrinking, said Nathan Ellis, Ph.D., of the University of Arizona Cancer Center.

The United States isn’t the only country facing the alarming rise in early-onset colorectal cancer, noted Jeffrey K. Lee, M.D., of Kaiser Permanente Northern California. Similar trends have also been documented in Canada, New Zealand, Australia, and some parts of Europe and Asia. In most of these places, the number of cases in younger adults started trending upward around 1995.

Experts don’t know what’s causing the jump in colorectal cancer among young adults. But they do know some factors that raise the risk of colorectal cancer in older adults, including obesity, physical inactivity, and smoking.

“Some of those [risk factors] have become more common over the last 45 years, along with this rise in early-onset cases,” said Daschner, who helped plan the think tank. So, it’s possible that some of the same factors are responsible for the rise of early-onset disease, he noted.

On the other hand, there may be a set of unique risk factors for colorectal cancer in younger adults that researchers haven’t yet identified, he added.

Although certain genetic conditions—like Lynch syndrome and familial adenomatous polyposis—raise the risk of developing colorectal cancer at a young age, only 10% to 20% of early-onset colorectal cancers are caused by inherited factors, explained Kimmie Ng, M.D., of Dana-Farber Cancer Institute.

When the incidence of a disease changes by generation, that suggests the culprit is something in the environment, rather than something biological, Dr. Ng added, with many other meeting participants agreeing.

Most of the discussions about the possible causes of early-onset disease converged on three interrelated factors: diet, bacteria in the gut, and inflammation.

Likewise, several studies have found that being overweight or obese may raise someone’s chance of getting early-onset colorectal cancer. Using data from electronic health records, Nathan Berger, M.D., of Case Comprehensive Cancer Center, found that half of younger adults with colorectal cancer were overweight and 17% were obese.

Unhealthy diets have become more common in past decades, the researchers pointed out. And the number of children and adults who are overweight or obese continues to climb.

In addition, Americans are spending more time sitting and less time being active. Studies have found that more TV time is also linked to a higher risk of early-onset colorectal cancer, said Yin Cao, Sc.D., M.P.H., of Washington University in St. Louis. But it’s not clear if that’s because being less active can lead to being overweight.

Other scientists have turned their focus to bacteria that live in the gut, also called the gut microbiome. Certain types of bacteria have been pegged as accomplices in the growth and spread of colorectal cancer, and some may affect how well certain cancer treatments work.

In lab studies, toxins from several types of bacteria that are normally found in the human gut caused cancer in the intestines of mice, explained Cynthia Sears, M.D., an infectious disease expert from Johns Hopkins University.

Perhaps not surprisingly, gut bacteria are affected by the food and chemicals we eat, drink, and breathe. Studies have shown that diet, obesity, exercise, and some drugs (such as antibiotics) can all change the number and types of bacteria in our guts.

Unhealthy diets and gut bacteria are connected in another way, too. Both can lead to inflammation—the body’s reaction to injury, disease, or irritation. In one study of mice, a high-fat diet triggered gut inflammation and accelerated the growth of tumors in the intestines. 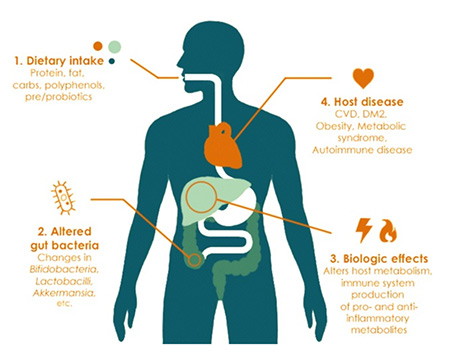 The effects of these factors could start very early in life—in childhood, infancy, or even in the womb—noted Caitlin Murphy, Ph.D., M.P.H., of the University of Texas Southwestern Medical Center.

Chemicals in the Environment

Scientists are also examining factors in the environment as potential causes of early-onset colorectal cancer. Such factors include things like air and water pollution, chemicals in soil and food, and pesticide use.

Other chemicals may have more indirect effects, pointed out Barbara Cohn, Ph.D., M.P.H. of the Public Health Institute. For example, mixtures of certain environmental chemicals (sometimes called endocrine disrupters and obesogens) can disrupt the body’s metabolism, leading to obesity, she said. Even though some of those chemicals are now banned, their use in earlier decades could have effects later in life for people who were born back then, Dr. Cohn explained.
In addition, some environmental chemicals may have harmful effects on the complex assortment of bacteria in the gut, Dr. Woychik noted.

People are exposed to many chemicals at the same time, some of which may interact in different ways, he added. So, it’s important to consider all of an individual’s environmental exposures over the course of their life, including exposures in the womb, said Dr. Woychik. How those chemicals interact with a person’s genetic and epigenetic characteristics is also important, he added.

Informing Approaches for Prevention and Treatment

For instance, health care professionals could recommend lifestyle changes or more frequent screening tests to people who, because of their exposures, are at higher risk of developing colorectal cancer at a young age.

For example, some screening tests check for specific molecules made by colorectal cancer or polyps (growths that could turn into cancer). Knowing which molecules are key to the growth of early-onset tumors could help researchers design screening or diagnostic tests that are tailored for younger adults. It could also help them develop treatments that target those key molecules (an approach known as targeted therapy).

Although the coronavirus pandemic forced this long-planned think tank to be held online, it still brought together people with expertise in many different areas, Daschner said.

“We hope the meeting will spur research collaborations across these different areas” to make more progress, he added. To continue to promote research in this area, NCI has issued a funding opportunity for research on the causes of early-onset cancers.

But for now, many at the meeting agreed that there’s an even more pressing step: spreading awareness of the early warning signs of colon cancer in younger adults.

Both young people and doctors need to shed the notion that colorectal cancer is an “old person’s disease,” several meeting participants stressed. People should get used to looking at their stool and noticing changes, they noted.

“In retrospect, I wish I had paid more attention to the symptoms,” noted Dallmann, the young man who initially ignored his symptoms and was misdiagnosed for years. That’s why he continues to share his story. It’s inspired several family members and friends to get screened, he said, and a few were found to have polyps.

“It feels like a small repayment for the amazing outpouring of support I received from my friends, co-workers, families, my cancer support group, and those in the online cancer community who I’ll likely never meet," he said. "I hope that I can continue to pay it forward.” 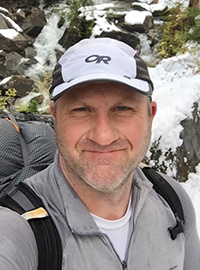 Doug Dallmann was diagnosed with rectal cancer when he was 40 years old.
Credit: Image courtesy of Doug Dallmann